“The Lake District exercises a near-mythic fascination on Chileans. The south symbolizes everything healthy, unspoiled, and pure in Chile and its people. City folks, particularly in Santiago, look kindly on southerners as their own better selves and foreign visitors will be made to feel very much at home in the Lake District, where European influences of all kinds, including immigration, have long been welcomed.”
[Source Link]

From Celebrity Today:  The original settlement of Puerto Montt was named after the Chilean President at that time, Manuel Montt and dates back to 1853, when Vicente Perez Rosales and a group of German immigrants decided to colonize the densely forested region around Lake Llanquihue.  When train service arrived in the early 20th Century, the city really took off and became a popular stop for travellers between Magallanes and Chloe.  The city was ruined, and then rebuilt after the 1960 earthquake.  Not surprisingly, given its nautical setting, Puerto Montt has recently grown into a major fishing port and fish industry known for its salmon.

If you are a nature lover, I would highly recommend to contact them, as they can customize a private / semi-private tour.

The staff are highly responsive and very professional.  We would certainly hire a guide from their office again.

We were on the first tender out to Puerto Montt, accompanied by a Peale’s Dolphin, no less!

Our guide Carlo was waiting for us with a BirdsChile sign (very easy to spot!). 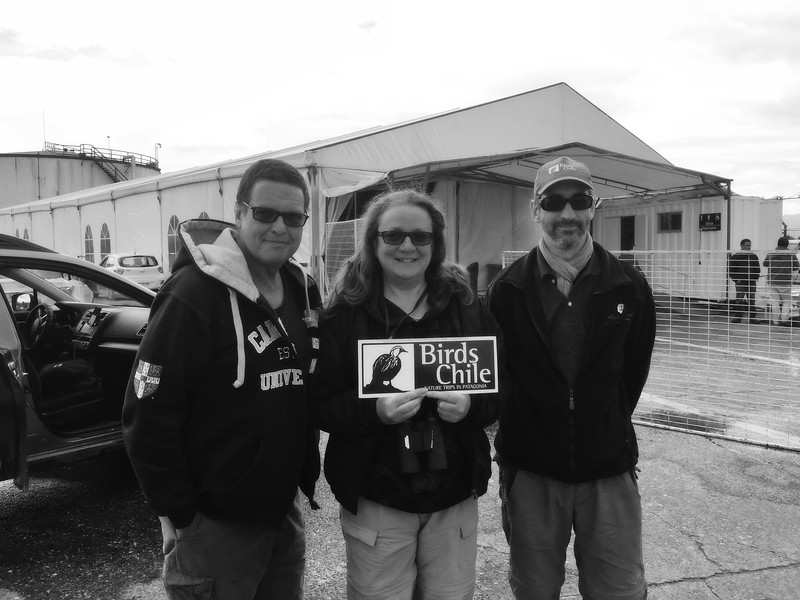 Our first stop was “Humedal las Ranas” within the municipality of Llanquihue where we observed several birds within the wetlands and the surrounding grasslands.  The blue tear drop in the google map snapshot below, shows the location of the wetlands (Humedal) off the Maullín River. 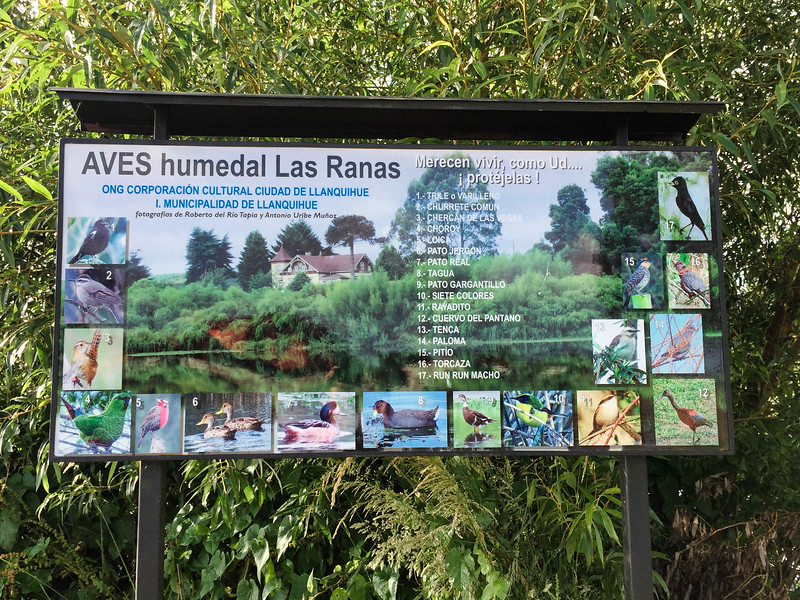 As we drove to each new location, we paid attention to the unique architecture of the Puerto Montt and Puerto Varas communities.

From the wetlands, we had to short drive north to “Laguna El Loto” also in the commune of Llanquihue.  The small lagoon, enclosed by housing development, is a nice testament to the community preserving this small parcel of land for wildlife.  The tear-drop shape in the google map snapshot below, illustrates the location of the lagoon, and its developed surroundings.

There was a large breeding community of Neotropic Cormorants (Phalacrocorax brasilianus) in the trees.

With the Cormorants. we also viewed a pair of nesting black-faced ibis.  Anthony was able to digiscope lovely video footage, shown below:

As Carlo knew, Anthony wanted to observe the Kingfisher on this trek, we made a special stop at the Nueva Braunau Bridge over the Maullín river .

Sure enough, a Ringed Kingfisher (Megaceryle torquata stellata) was found perched on a wire, overlooking the river.

By special request, we also made a stop at the Birds Chile headquarters located in Puerto Varas.  We were able to pick up a specialty pocket field guide for Birds of the Lake District from their great nature shop.

Our last stop before returning to port, was an amazing hike through Natural Reserve Lahuen Ñadi which features one of the last patches of Alerce (Fitzroya cupressoides) of the Central Chilean valley.  The Alerce (Larch in Spanish) is the largest tree species within South America.  Also known as the Patagonian Cypress,  some of the trees within the reserve are believed to be over 1800 years old.

The genus name, “Fitzroya” was given in honour of Charles Darwin’s Captain of the HMS Beagle, Robert FitzRoy.  The reserve was created in the year 2000 and covers approximately 200 hectares. It is located within the commune of Puerto Montt, province of Llanquihue, Los Lagos Region.

A short video clip, walking the trails within the Reserve and our guide, Carlo showing us the different kinds of ferns within the forest and their uniqueness:

Since we did not see our target species, the Chucao Tapaculo, on the first trail (Los Chucaos); our guide Carlo took us to another trail (Los Carpinteros) within the reserve in search of this special little bird.   The second trail was sans-boardwalk, but again very easy to walk (if you have no serious mobility issues) and offered even more spectacular views of this outstanding nature reserve. 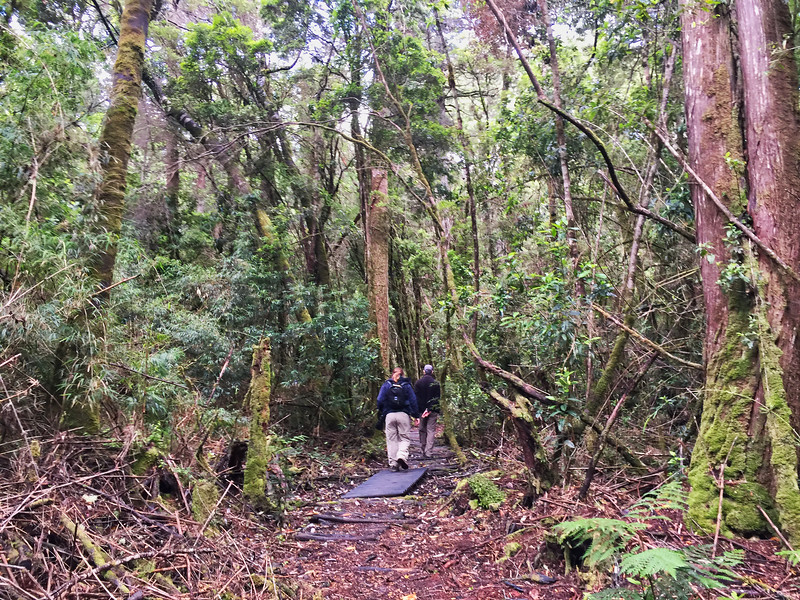 On this trail, we heard the loud vocal chatter of the Chucao, yet the little bird kept hidden in the dense underbrush of the forest.   Then!  quite unexpectantly, not just one, but two of the little birds came out into view and we were charmed by their amazing beauty and charming antics.  They are quite fast little birds and do not stay in one spot for more than a few seconds, so I felt very blessed and lucky to get a clear photograph of one of the pair.  As you can see from the photo below, the Chucao is very well camouflaged within the forest  floor.

During the last part of the second trail, we had an outstanding view of the very gorgeous Chilean Hawk.  We even observed the hawk hunting for an afternoon snack!