May 16, 2019
Our last day at sea would begin with a visit to the Hubbard Glacier in the first part of the morning.  We were scheduled to arrive at Yakutat Bay for around 10:00 am.
The Millennium was cruising along the coastline that showcased towering peaks of the St. Elias Mountain range from both the United States (Alaska) and Canada (British Columbia & Yukon Territory).

From afar, we were witnessing the largest protected area on the planet – the UNESCO World Heritage site of Kluane / Wrangell-St. Elias / Glacier Bay / Tatshenshini-Alsek National Parks.
“The Kluane / Wrangell-St. Elias / Glacier Bay / Tatshenshini-Alsek national parks and protected areas along the boundary of Canada and the United States of America contain the largest non-polar icefield in the world as well as examples of some of the world’s longest and most spectacular glaciers“.
“Many peaks in the range exceed 17,000 feet (5,200 metres), including Mount St. Elias, Mount Logan (second in height in North America to Denali [Mount McKinley] and the highest in Canada), Mount King, and Mount Lucania [source link].” 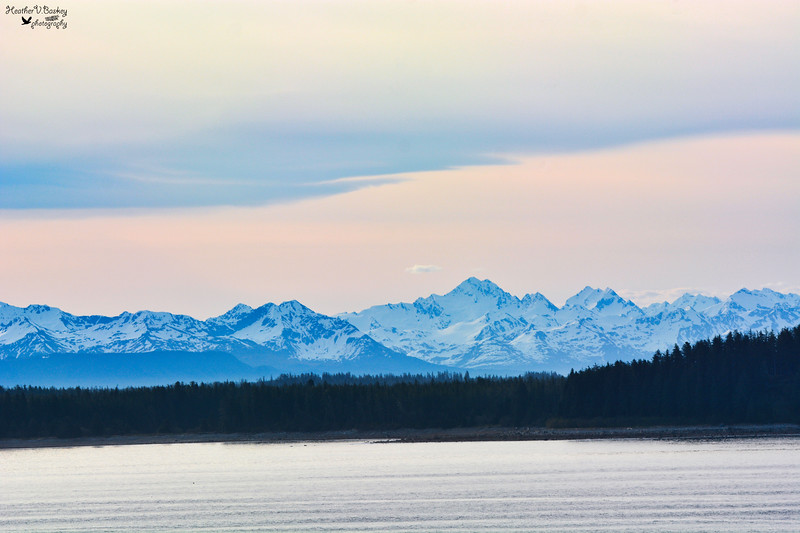 We went to to Retreat Deck after breakfast to watch our approach to Yakutat Bay, with the Hubbard Glacier in the distance.

Named after Gardiner Greene Hubbard (August 25, 1822 – December 11, 1897) founder and first president of the National Geographic Society, regent of the Smithsonian Institution, and a founder of the journal Science; the Hubbard Glacier is an advancing tidewater glacier. Located 200 miles northwest of Juneau, Alaska and sourced from the Yukon Territory of Canada; North America’s largest tidewater glacier is one of the most spectacular, being 76 miles long and 1,200 feet deep. It’s 25% larger than the state of Rhode Island (source link).  The glacier line (advancing edge) in Disenchantment Bay, which can reach 400 feet in height, is 6 to 9 miles wide.

Just shortly after 10 am, we ventured to our new friends’ cabin [PH 6147] for the breathtaking entrance and viewing of the Hubbard Glacier.  Located at the back of the ship, the views were absolutely spectacular.  We were very thankful and appreciative of their kind gesture and generous hospitality. 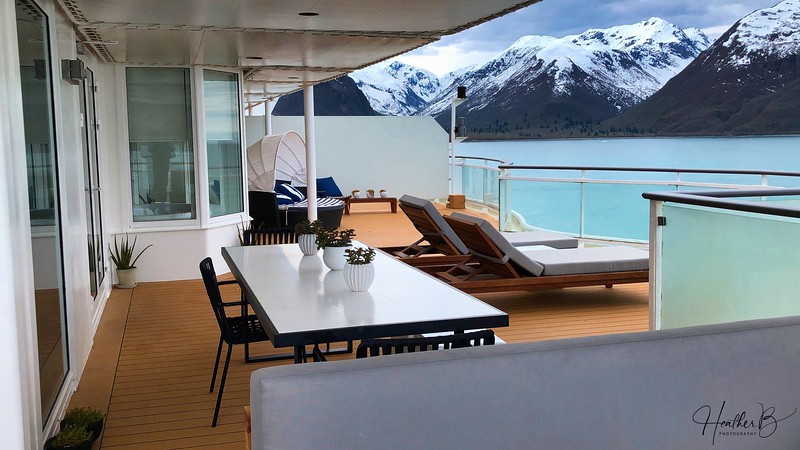 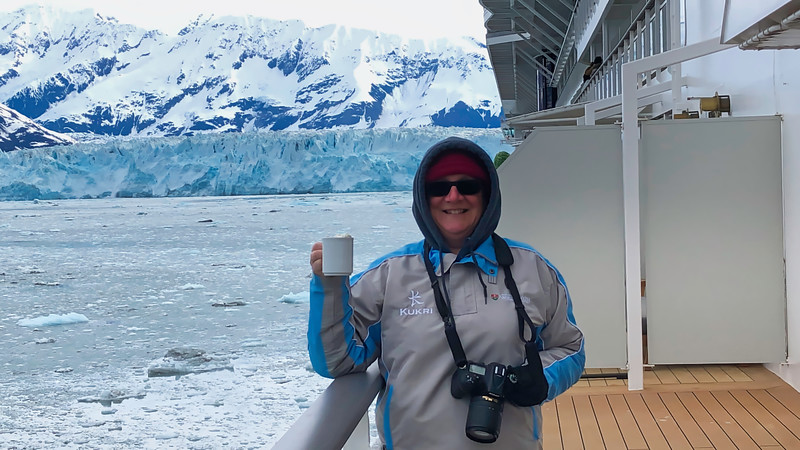 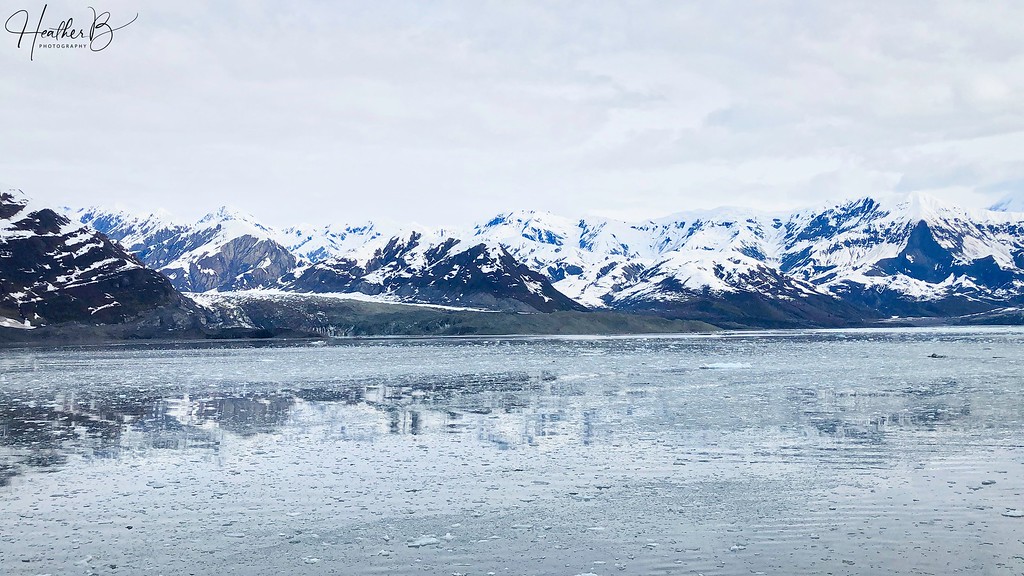 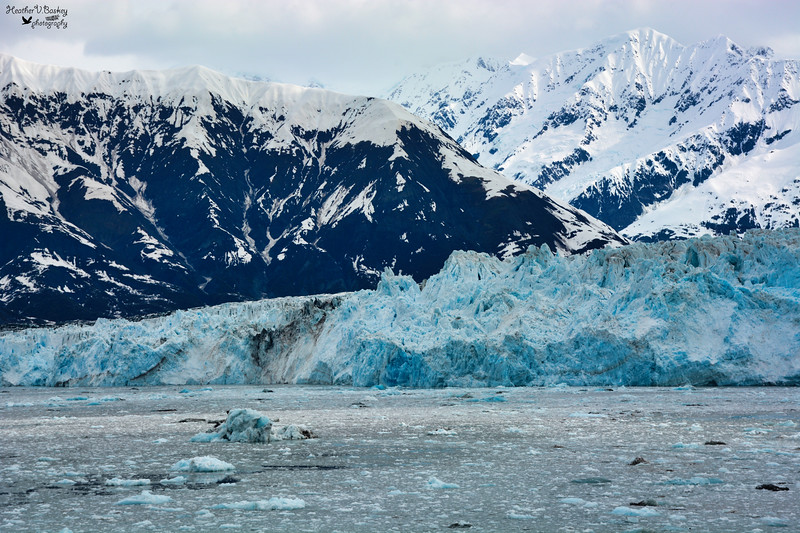 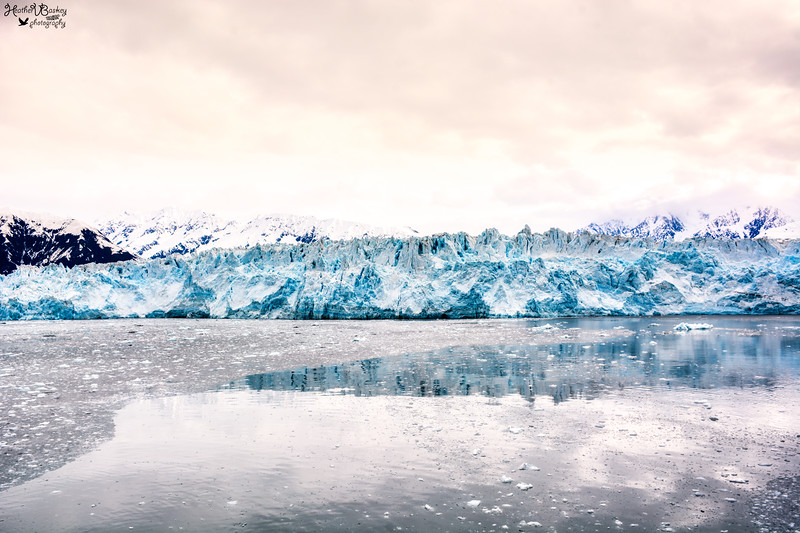 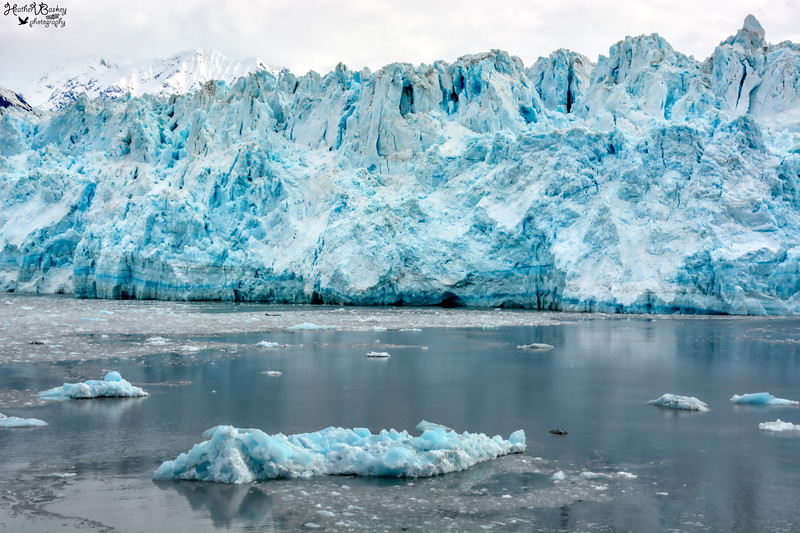 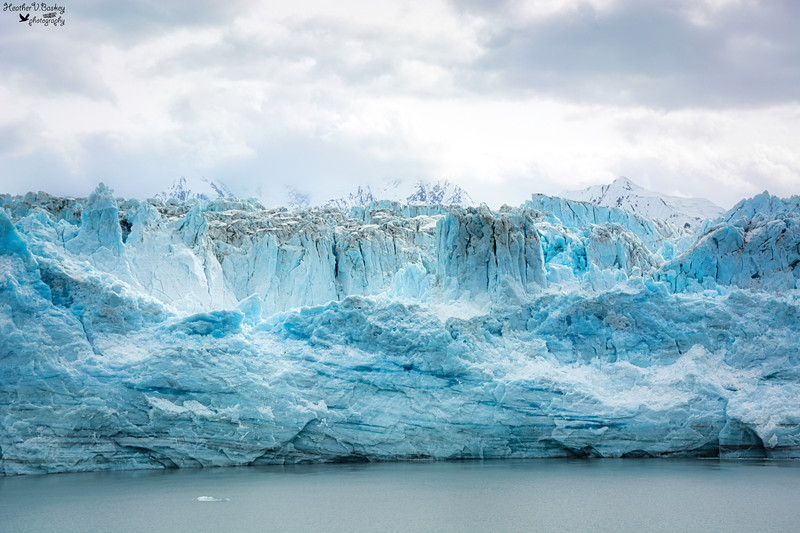 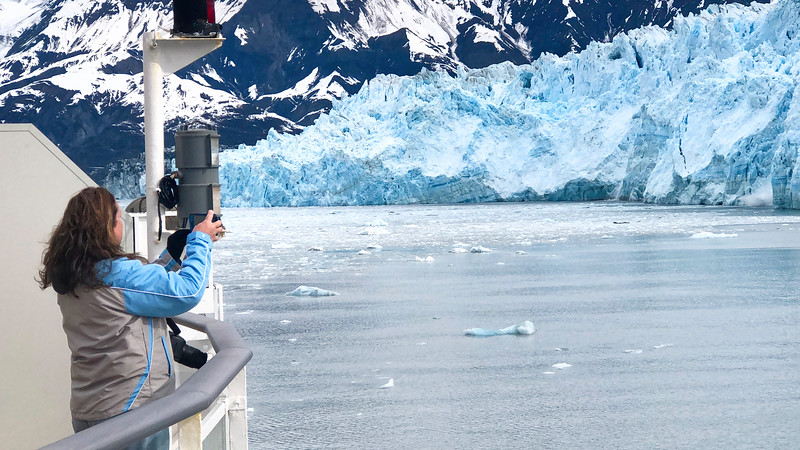 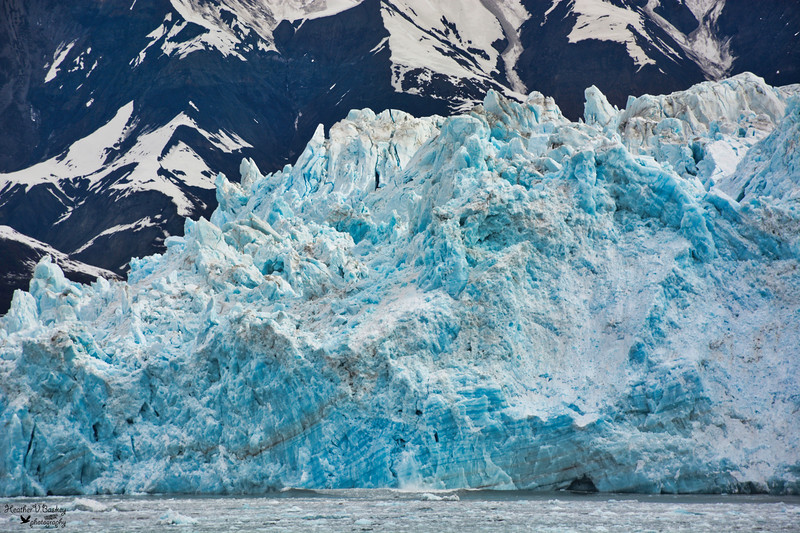