After much anticipation, today we arrived in Skagway.   For Anthony & I, we were super excited as our feet would now touch “Yukon Territory” – a personal childhood dream for both of us.   We joined a private, independent tour arranged by cruise critic roll call guest, Karen – who we shared excursions with in Ketchikan and Icy Strait Point (ISP); so we all knew each other by now!   We were also joined by Tom & Linda, who were with us in ISP on the whale watch.  Our “cruise critic family” numbered “7” and we had a tour arranged with “Skagway Van Tours” for most of the day.

Our van and tour guide for the day was Ethan, who is Matt’s partner in the two-man road show.  The plan was to be picked up by 7:30 and drive to the Yukon Territory with several stops that included Pitchfork Falls, White Pass, Tormented Valley, Tutshi Lake, Tagish Lake, Bove Island Overlook, Emerald Lake; and along the way, a refreshment stop in the historic village of Carcross (Yukon).

In order to get to our destination of the Yukon, we had to pass through neighbouring British Columbia via White Pass Summit. White Pass (elevation 873m / 2,864 ft) is a mountain pass through the Coastal Mountains Boundary Range on the border of Alaska (United States) and British Columbia (Canada).
Historically significant, White Pass was one of the main trails during the Klondike Gold Rush. As we were passing through on a misty, fog-ridden morning; it was almost inconceivable to imagine people traversing through the mountains back in the late 1800s seeking their fortunes.
Although the geographical border is through White Pass in the Boundary Mountain Range, there are actually two vehicle border crossings before and after the summit.
The US Customs is approximately 7 miles from Skagway (before the Summit) and at this location we were able to view Pitchfork Falls from the roadside.
The Canadian border crossing is 16 miles from Skagway; or ~ 8 miles after the Summit; at the small town of Fraser (Population, “10”), British Columbia. 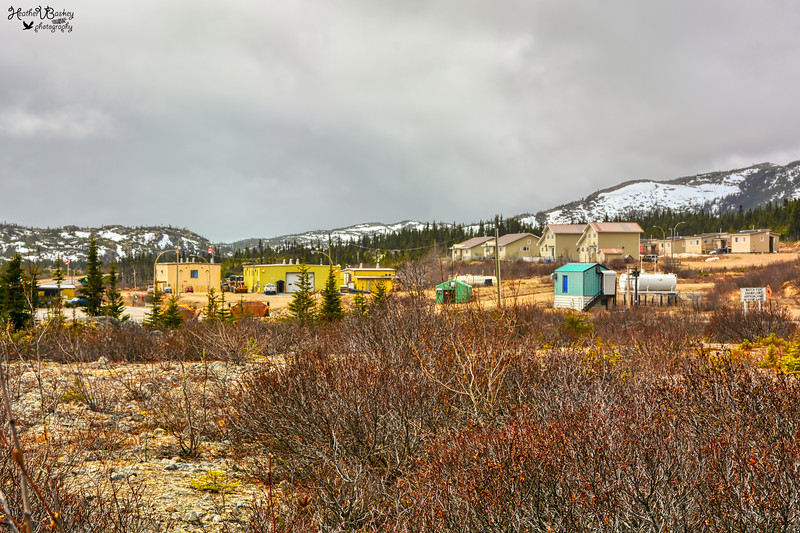 After clearing Canadian customs (they were more interested in the Canadians than the Americans!) we continued along the Klondike Highway.

We passed by the Yukon Suspension Bridge which was on our “to do” list, but as we managed to get away quite early, the attraction was not opened when we arrived. Collectively, as a group, we decided to forge forward and get deeper into the larger than life,  Yukon Territory.
Running parallel along the Klondike highway was Tutshi (too-shy) Lake, that we followed until we reached the invisible provincial/territory border of British Columbia and the Yukon.   Anthony & I had fulfilled our childhood dream, we were now standing on Yukon soil.

While we all had our sign photo ops taken, Ethan spotted mountain goats across the road, up the mountain side.  Anthony got out his spotting scope and I switched out my lens for my telephoto (600 mm) to grasp a glimpse at the white polka dots in the mountains. 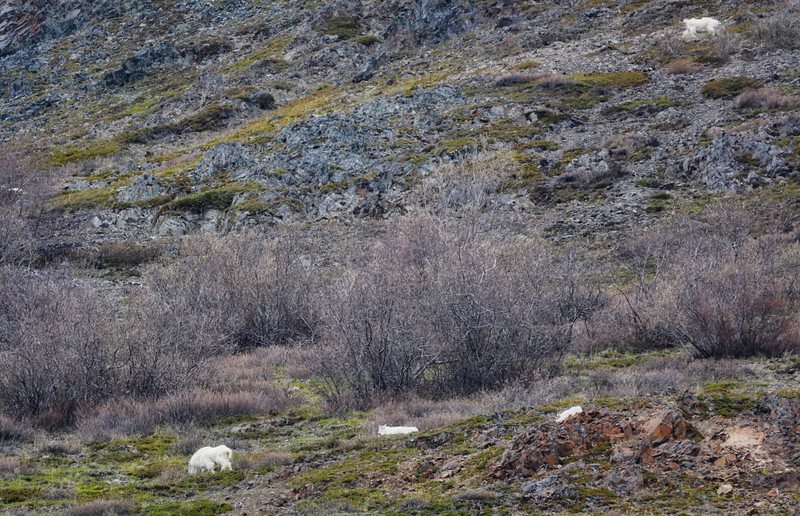 After approx. another 20 Kilometres travelling the Klondike Highway, we arrived at the historic village of Carcross.

Once known as Caribou Crossing, Carcross is the traditional territory of the Carcross Tagish First Nations.  In the centre of “town”, vibrant murals in the coastal Tlingit tradition adorned the buildings.
We visited the town village for a light snack, then we  were off to Carcross desert. 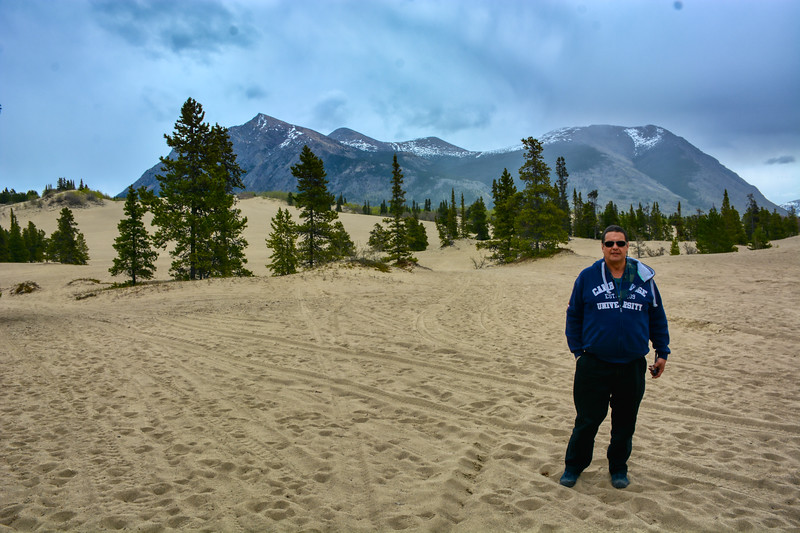 Bove Island, named after Lieutenant Giacomo Bove, an officer in the Royal Italian Navy and famous explorer; is located on the Tagish lake and visible from a look-out along the Klondike Highway (Km 95) between Carcross and Skagway.

Located along the Klondike Highway, 12 Km north of Carcross, Emerald Lake was the final highlighted stop within the Yukon Territory.  It was stunning!
Known as “Rainbow Lake” by the First Nations, Emerald Lake is breathtaking with its emerald-green water surrounded by Surprise Mountain and Mt Gilliam. 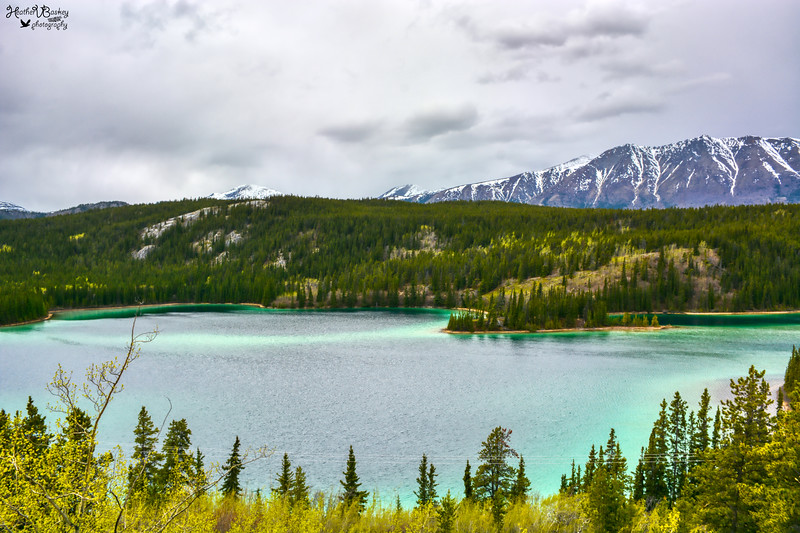 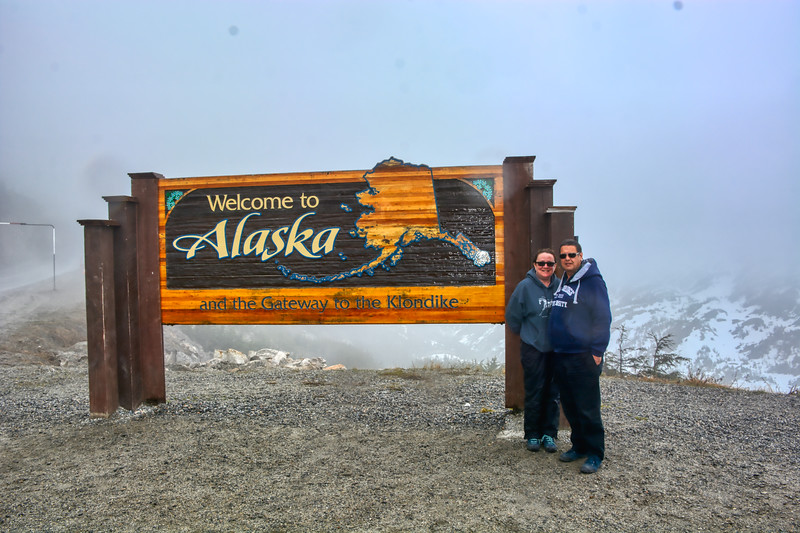 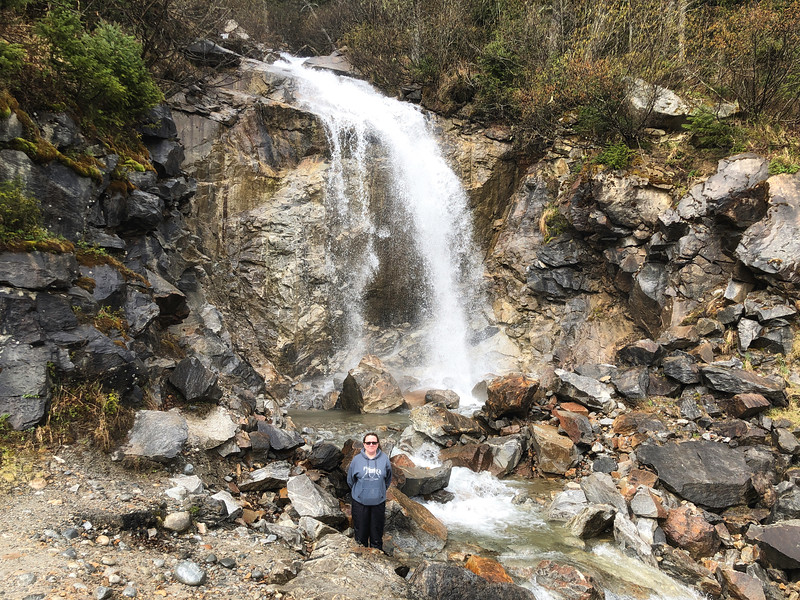 Ethan took us to a view point overlooking the small town of Skagway.  Princess, Norwegian ships were also in port with the Millennium.

Returning to the ship to finish our day in Skagway …

Enjoying the Skagway sail away from the Retreat Deck of the refurbished Millennium: 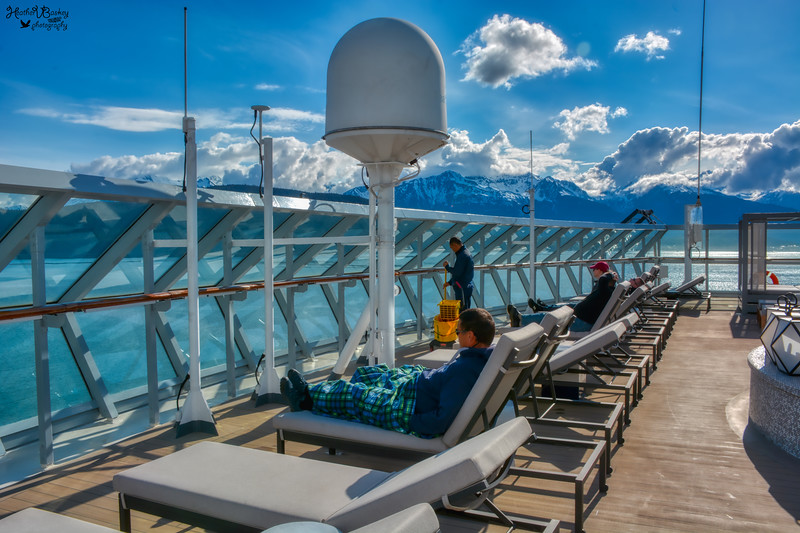 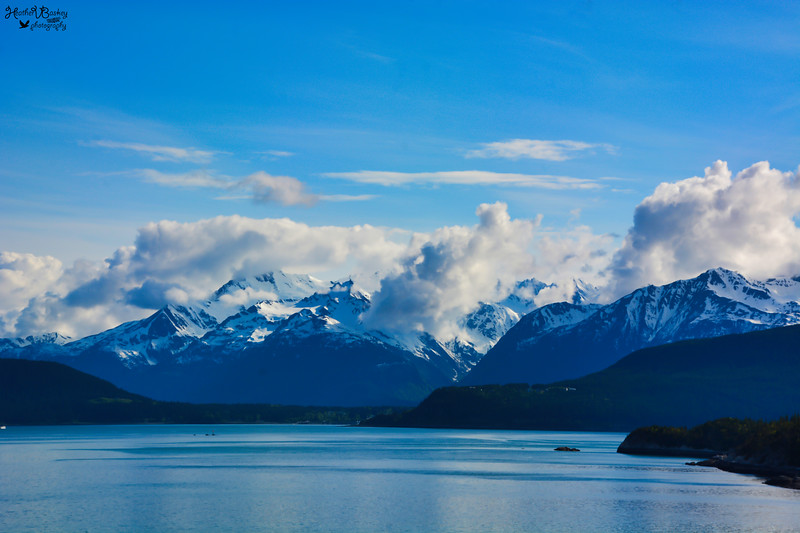 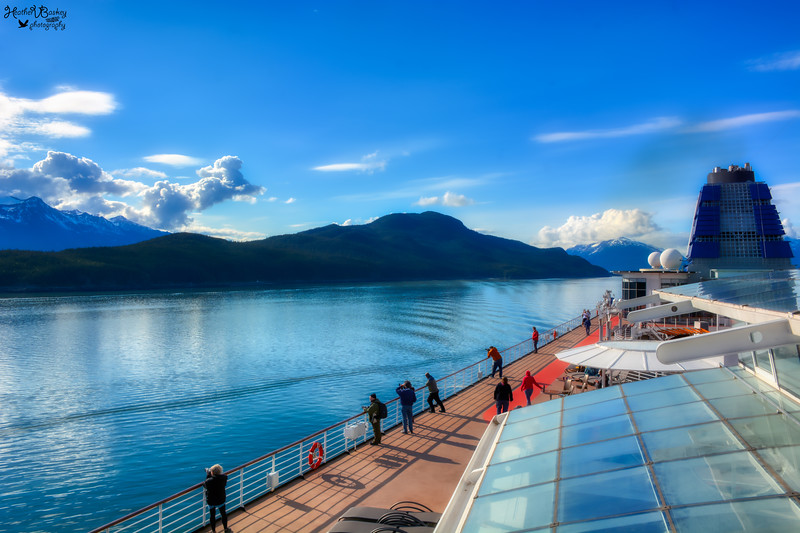