“I wish I was at home in my nice hole by the fire, with the kettle just beginning to sing!”
Bilbo Baggins ― J.R.R. Tolkien

The port of Tauranga offered several different tour options and all of them were quite attractive to book.  From geothermal excursions and health & wellness spas in Rotorua, to kayaking, cycling, and hiking activities throughout the area; there are endless possibilities from this port of call.  However!  there is only one Middle Earth in the world and I knew we would regret not going to Hobbiton on our very first visit to this area.  As LOTR fans, we couldn’t not do it!  Therefore, “I’m going on an adventure!” led me to find “Zealandier tours” that offered a good rate for a mini van of passengers to visit the Hobbiton movie set and also McLaren Falls, the latter of which fulfilled our needs of a more natural experience to complete our day.

As we approached Mount Maunganui (across from the harbour of Tauranga), we were greeted by the bronze statue, “Tangaroa” (God of the Sea). 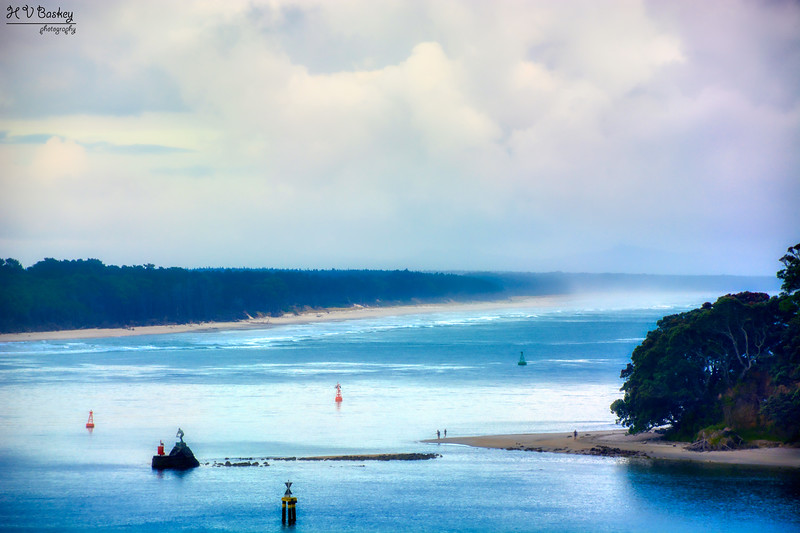 The tide was low, the water shallow, and a pilot boat guided us through to our berth in the shadows of Mauao (“caught be the dawn”) which has an elevation of 232m.

The Celebrity Solstice actually docked in the small town of Mount Maunganui (vs. the larger city of Tauranga).  For those who prefer to walk ports on their own, this is a great port to do so.  There is an excellent walking track along the base of the Mount, as well as tracks to the summit.  You can also explore the beach front, as well as there are thermal pools (for a fee) at the base of the mount.

Zealandier Tours:
Our guide Jennifer was easily identified when we arrived at the port and we joined 13 others from our ship (group size of 15) to embark on our adventure.  Jennifer narrated throughout the drive to the movie set of Hobbiton, near the town of Matamata (via up and over the Kaimai Mountain Range), and we learned about the general area and New Zealand.

Hobbiton & The Shire:
We learned that the Shire (& Hobbiton) was built on a parcel of the Alexander sheep farm in the heart of the Waikato.  After the filming of the LOTR trilogy and the Hobbit, an agreement was made between Mr. Peter Jackson and Mr. Alexander in which the movie set would be preserved and the Hobbit holes reconstructed such that they could be preserved for the thousand of fans who would venture to Middle Earth and experience the beauty of the Shire for themselves.

There were two other vans from Zealandier and we arrived as a caravan of 3.  We had a specific time slot to enter Hobbiton and each van was allotted a Hobbiton guide to take us through the maze of 44 Hobbit Holes.  It was a nice small group size and we were able to clearly hear our Hobbiton guide who had several great stories to tell us along the way. 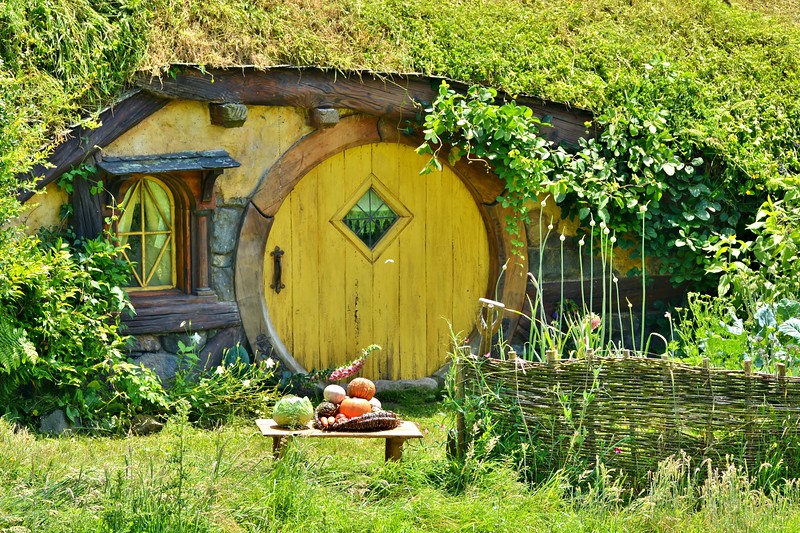 Throughout the Shire, there were several beautiful birds (to satisfy our bird nerd needs) to observe and appreciate.

After visiting the maze of Hobbit holes, we finished at the Green Dragon Inn where we could enjoy a glass of light ale or ginger beer.  We had a refreshing mug of the latter.  The entire tour of Hobbiton was ~ two (2) hours in duration.

McLaren Falls:
Following Hobbiton, we then ventured to McLaren Falls where our guide Jennifer took us along an easy walking path to the named Falls.

Along the way she pointed out local flora, including the famous Silver Fern.

At the water falls themselves, we were treated by the appearance of the large and distinctively-coloured Wood Pigeon (Hemiphaga novaeseelandiae) which is endemic to New Zealand (i.e., not found elsewhere).  The endemic wood pigeon is often referred by its Māori name of kererū, or in Northland as kūkū or kūkupa.  The Kererū is an important seed disperser, as since the extinction of the moa, the kererū and parea are now the only bird species that are big enough to swallow large fruit, such as those of karaka, miro, tawa and taraire, and disperse the seed over long distances (source link).

Returning to Port:
We were returned in good time to the ship after a fantastic day.   We were given the option to stop for ice cream, but seeing that the traffic was bad, we were all in agreement (passengers and guide) that it was best to carry on and bypass the ice cream stop in favour of returning to the ship with time to spare.

After we freshened up in our cabin after a long day, we headed to the Helipad of the Solstice for a special sail-away invitation for Elite (and up) Captain’s Club Loyalty.
A fan of Captain Tasos “waved” good-bye with an assortment of signs.  Here are a couple of them:

It was beautiful to sail away from Tauranga from the bow of the ship and we had a bit of excitement/drama along the way!  Our amazing Captain Tasos avoided what could have been a complete disaster.  Kudos to the entire Celebrity team!
Read the incident here:  Cruise Ship & Rubber Dinghy Encounter