Woke up early (again!) and headed to Deck 11 to join other cruisers and the ORCA naturalists to so some wildlife spotting before breakfast.   Quite a few humpback whales were spotted as we continued cruising through the inside passage between Ketchikan and Icy Strait Point.

We arrived at Icy Strait Point just before 10 AM and had plenty of time to disembark and make our way to the excursion hub and catch the mini van transport to Hoonah where we would board the small whale watching vessel, “Three Wolves” as arranged with “Icy Strait Whale Adventures”.  Colleen of Icy Strait Whale Adventures arranged for our Cruise Critic Roll Call to have our own private group excursion.  We shared this amazing adventure with 9 other people from the roll call (Karen, Samuel, Robbin, Cheryl, Linda, Tom, Karen, John, and Lynn).  It’s always fun to meet cruisers via the roll call forum and then share memorable experiences with them.  It’s even more meaningful when we stay in touch afterwards!

Our captain was “Duane” who is from the Tlingit Eagle-Wolf clan.  Shortly after we boarded “Three Wolves”, a butterfly swooped into my stomach asa the familiar sound of KAWOOF pierced the silence of the still waters.  A humpback surfaced within 200 metres of the boat.   Cameras began clicking as this majestic, sentient being broke the surface of the water.  A second whale was spotted within the harbour and the excitement began to build; our boat hadn’t moved even 500 metres from the dock and we were enthralled.

After watching the whales within Hoonah harbour, we ventured out to a bay flanked by the majestic backdrop of Glacier Bay National Park.

When Magic Happens!
within the bay we encountered a beautiful Humpback whale and her playful calf.  We were all taken aback by these beautiful whales and the playful cheekie calf and her ever so patient, mother.  I managed to  capture this experience digitally to preserve the moments, forever! 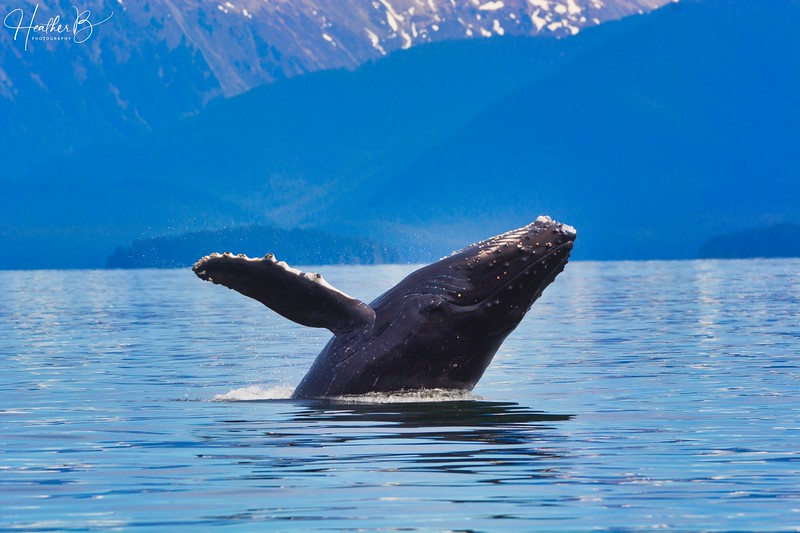 When I returned home, I submitted several images to the “Happy Whale” database.  Mum was recognized as “SEAK-0219” and her calf was new to the database.  After a donation to the Oceanic Society, I was able to name the new calf, HOONAH (People of the North Wind).  New-friend Karen who was on the same excursion, followed suit and name the mother, “MARQUITA” (Pearl). 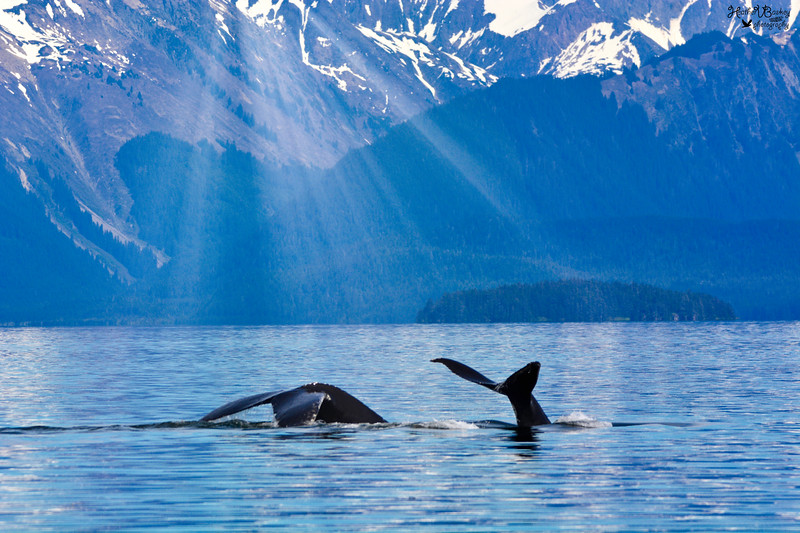 After an amazing morning whale-watching, Anthony & I returned to the ship for a brief lunch before venturing out again in the afternoon to walk a few trails around Icy Strait Point’s cruise dock and we photographed a few birds in the immediate area (including, of course – Bald Eagles).