Red car shuttle service picked us up at 5:00 AM to transfer us from our home to YYZ (Toronto Pearson International).  Check-in was a breeze (domestic flight) and we quickly printed off our luggage tags, dropped off our bags, and then proceeded to the gate where we enjoyed a Timmies (Tim Horton’s Coffee Shop) Coffee & Bagel.   We boarded the Boeing-777 easily and were seated in pre-purchased exit row seats 51A and 51B with plenty of leg room.  Watched 2 movies and we landed within 4 1/2 hours at YVR (Vancouver International).

THEN!  the fun began.

First, we had arranged for a Celebrity transfer and it was a very long wait.  Even those who arrived almost an hour prior to us, were waiting.  I felt bad for the kind ladies who tried their best to “find the bus” and then there were more people than the bus could load.  One gentleman sat on the front steps due to lack of space.

When we arrived at Canada Place (Port of Vancouver); there were 3 ships they were trying to load.  One was from Princess lines and the other two ships were Celebrity’s – the Solstice and ours, the Millennium.  Queues were long, bending back upon themselves, disorganized, and were a “hot mess”.  We were told to go to a room to board the Millennium.  Well?  it was not a line (as we were told); it was a “holding room” and after a very long wait, we ended up where we started (bus drop off point).  We entered a large area and tried to find the dedicated Suite line.  It was shared with Celebrity Loyalty Elite and above, as well as AQ.  The “shorter” line was the Concierge/Elite line, so we jumped lines, as we were also Elite guests.

The only quick & effective part of this Embarkation Port was US Customs because of our newly acquired NEXUS (trusted traveller) cards.  We must have bypassed at minimum, 150 people!

Once finally on board, we went straight to Luminae where we enjoyed our embarkation lunch.  We just made it before the restaurant closed, phew!   After enjoying our awesome butternut squash risotto; we went to our room and settled in and had a very relaxing afternoon.

The muster drill was at 3:30 PM and then immediately after, we went to Deck 5 forward where we were invited as Suite guests, to the helipad for a sail-away event. 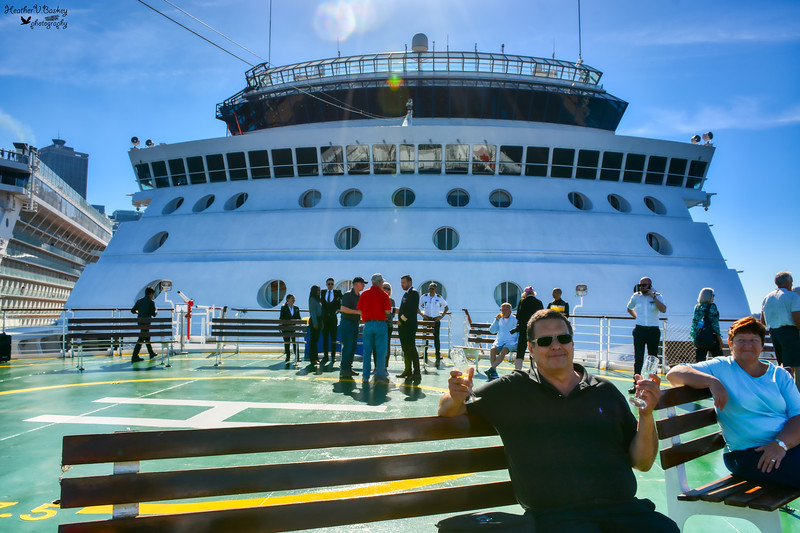 It was absolutely beautiful as we sailed behind the Celebrity Solstice, which was the ship that we sailed on 5 months earlier in New Zealand.

The weather was perfect, the scenery stunning, and sailing beneath the Lions Gate Bridge was memorable. 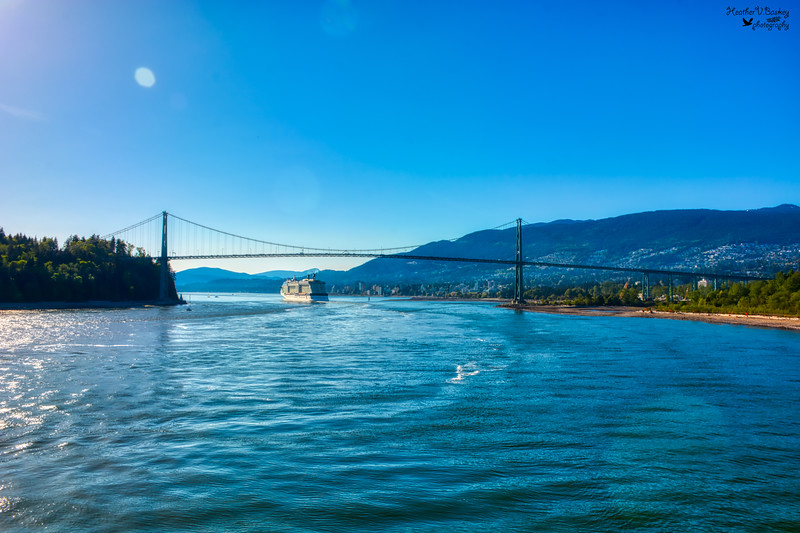 As we headed into Burrard Inlet, the sail away event ended and we ventured off to the Retreat Lounge (formerly Michael’s Club). 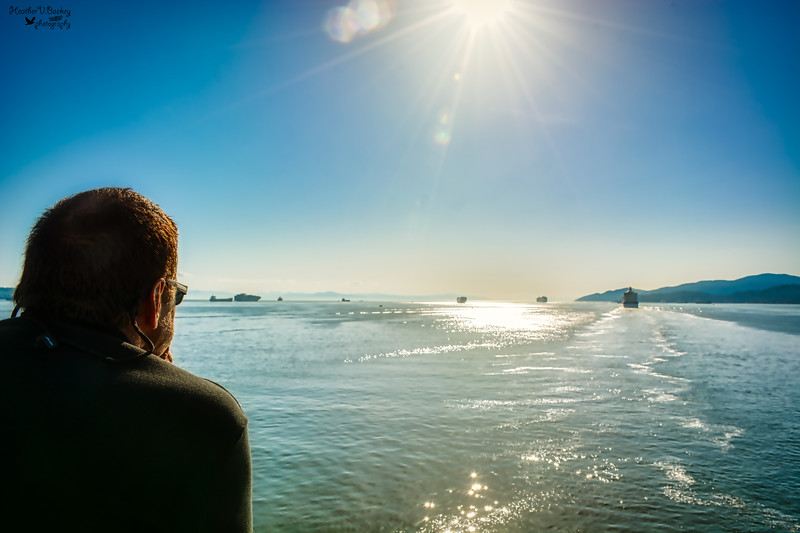 We had a complimentary drink and a few nibbles before heading off to Luminae for dinner.  We decided to walk the promenade on Deck 4 (one of our favourite places on M-Class ships) from the Retreat to Luminae (Bow to Stern).   We noticed a lot of splashing going on in the smooth, glass surface of the Strait of Georgia (near Qualicum Beach) and that’s when I practically through my wine glass at Anthony.  ORCAS!  I sprinted back to the cabin to grab my camera for photos.  Although the best views were now gone, I managed to snag a few photos of an older male (later identified as T125A).   Just a spectacular moment on a beautiful evening.

After the Orca sighting excitement, we had a lovely dinner at Luminae and then headed back to our cabin after a very long and exhausting day to watch a bit of TV, before having a very good night’s sleep.